Another One in the Books

So another day has come and gone and everyone has had a Yellowstone experience. 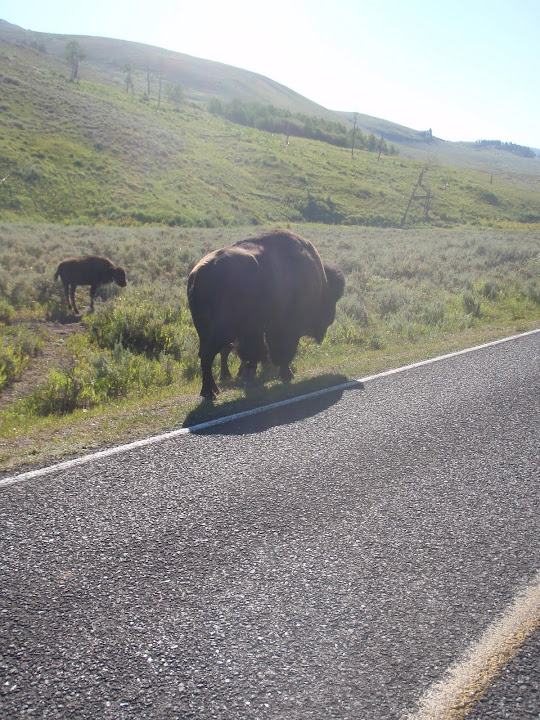 We woke up this morning and had a spectacular breakfast of oatmeal pancakes bacon and fruit, packed our lunches and out the door we went. We were heading towards the Northeast corner of the park to Pebble Creek and Soda Butte. We planned of fishing the area were the two came together but Yellowstone’s wildlife had other plans. 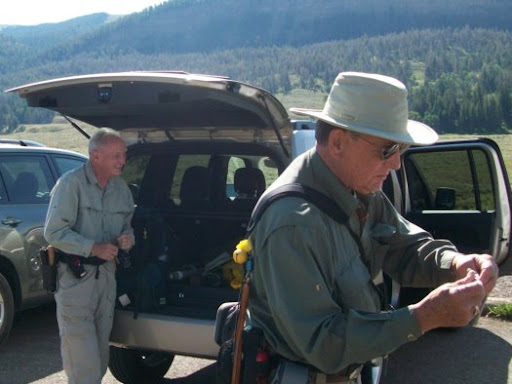 After traveling through several herds of bison and having a couple close calls with them, We finally were approaching the Pebble Creek campground were we were going to get geared up and head out into the meadow, when we saw a dark shape moving through the high grass. 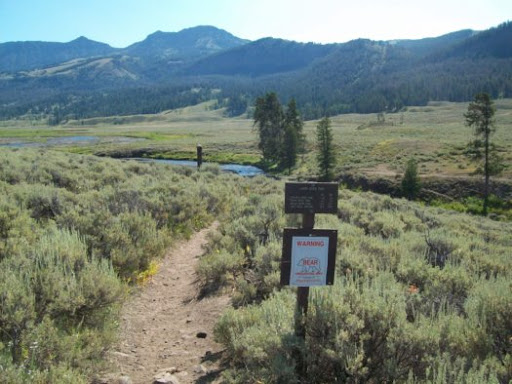 Was it a bison, maybe a moose. Could it be wolves? Nope Grizzly Bear. 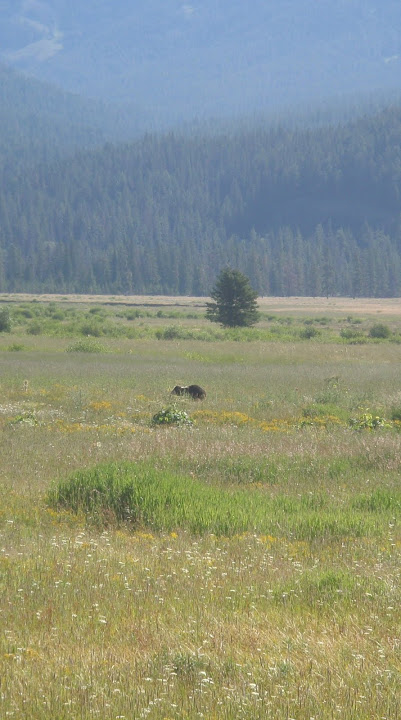 Moving through the field at his own pace. Eating berries, and wondering around. We were one of the first to see him so we didn’t get caught up in the typical traffic jam that is normally found in these kinds of situations. 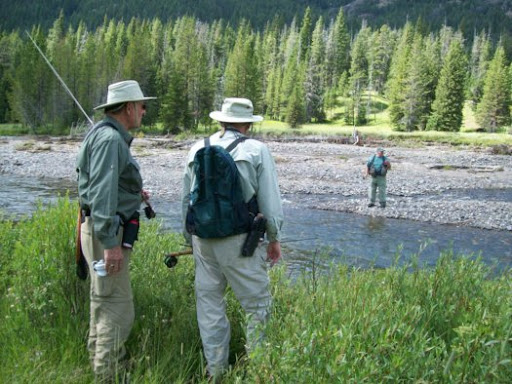 We decided half the group was going to fish Pebble Creek above the campground, and the other half was going to try to pick on some fish well down river of the bear on Soda Butte. 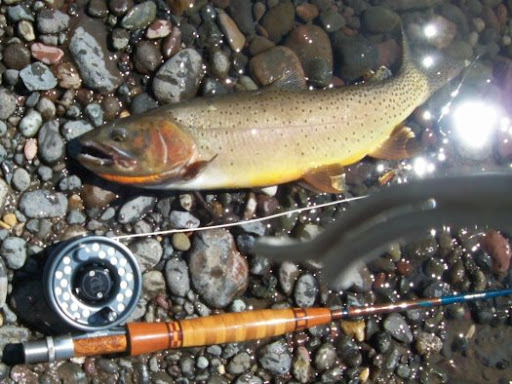 Pebble Creek is normally a guaranteed fish but we couldn’t buy a bite. 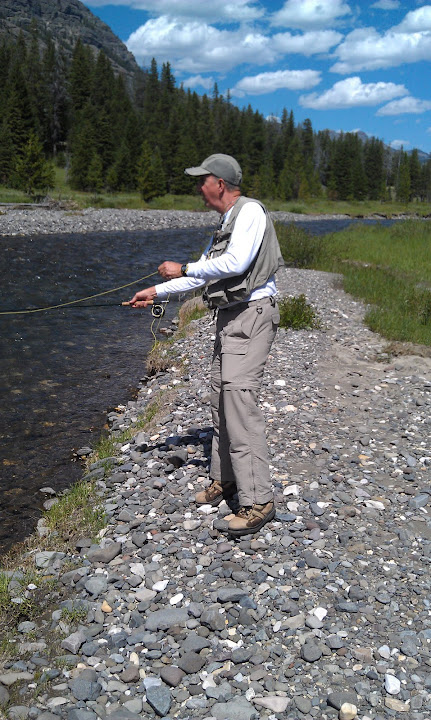 The water was cold and the fish just weren’t moving yet.

Bob, Chris, and Dick S did fairly well on the lower Soda  Butte before lunch with several nice fish landed. 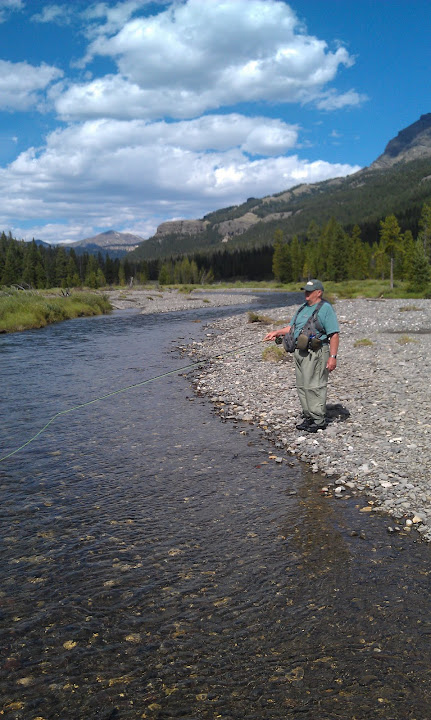 The water that Spencer, Jim, and Aaron  were fishing was not quite as friendly. 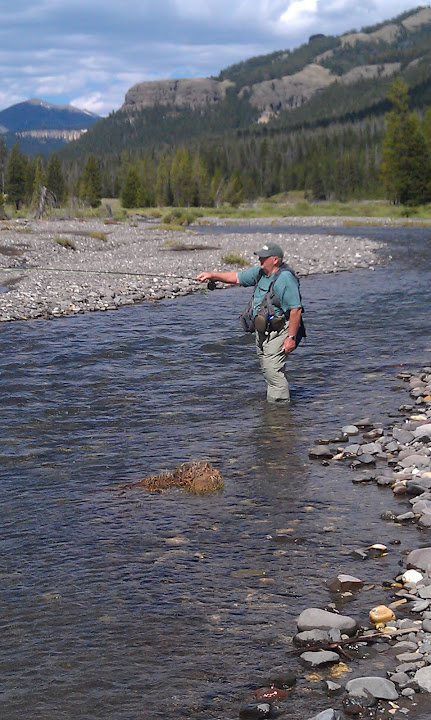 Everyone decided to switch things up in the early afternoon. 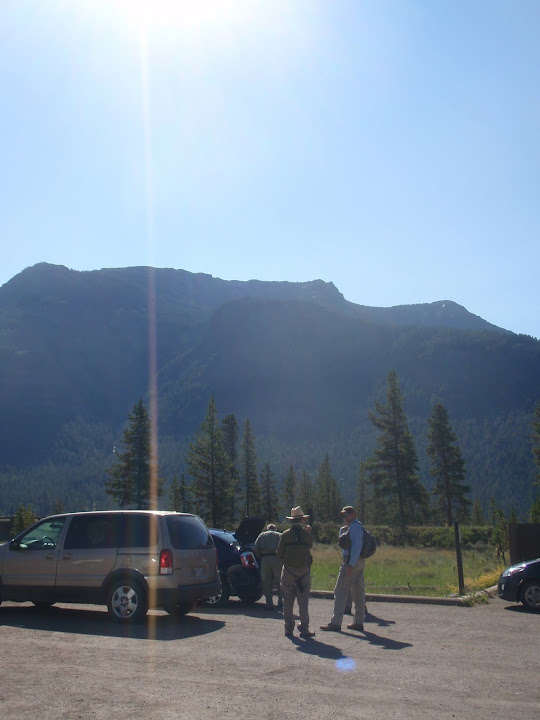 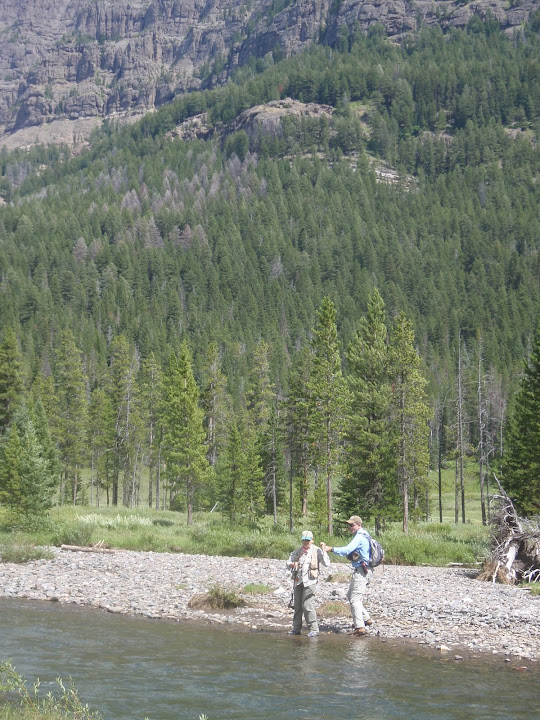 …and the wooded area before it. 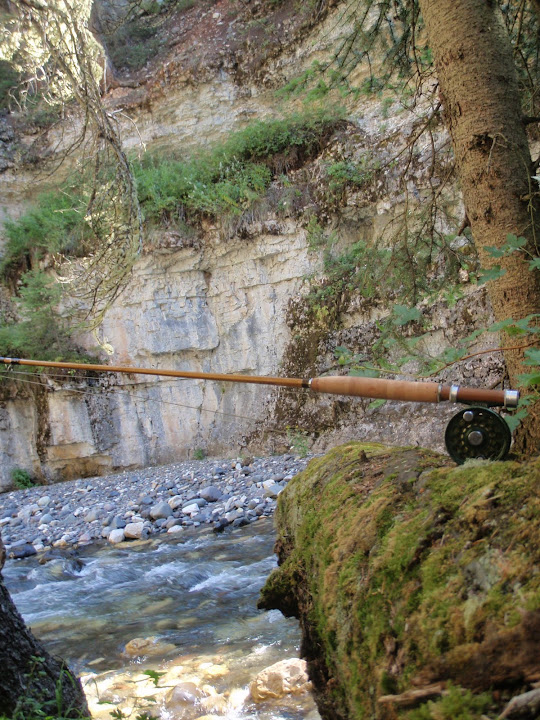 Fish were much more active and willing to rise for dries. 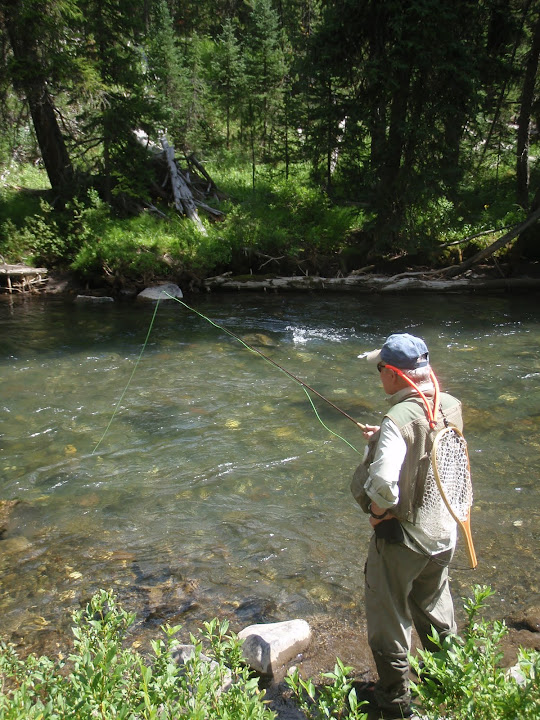 Several fish were educated this afternoon. 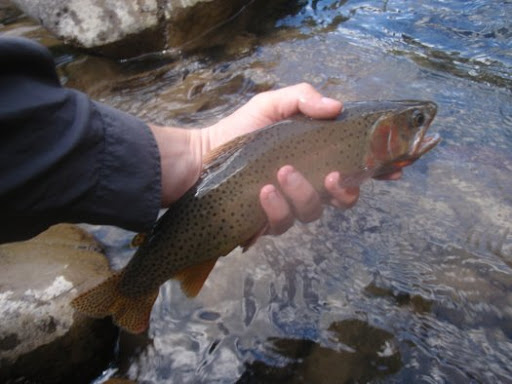 While walking out we flushed a decent size male Mule deer, and shortly after his two ladies followed. 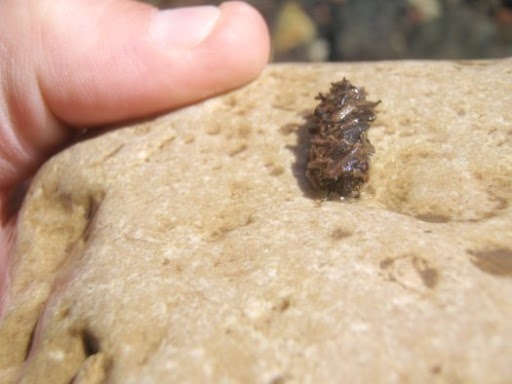 There were numerous bugs in the air… 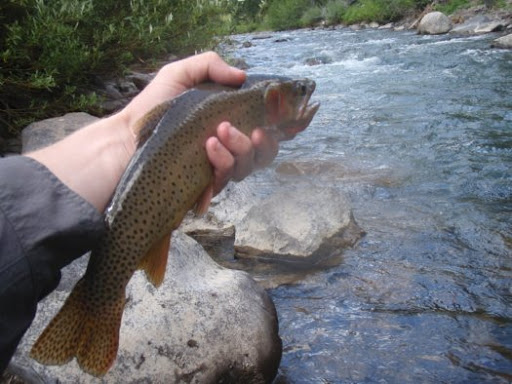 …and the fish were definitely looking for them. 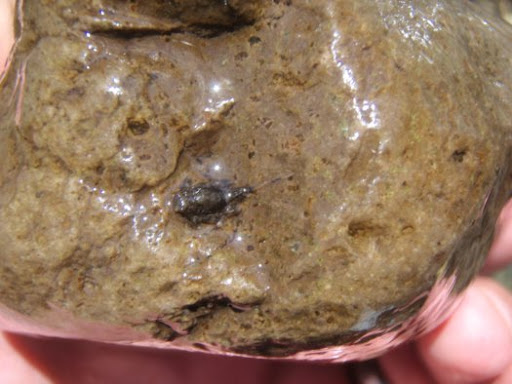 Chasing them down river sometimes. 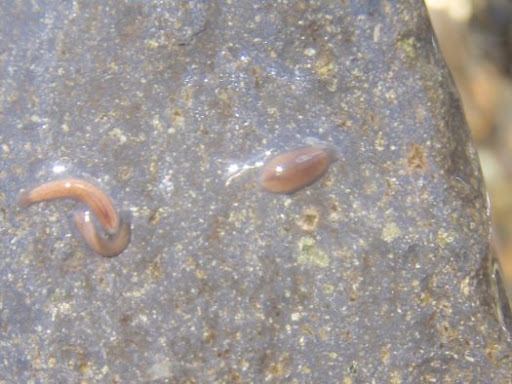 Aaron, Spencer and Jim went over to a favorite creek of ours know to be able to wash the skunk off almost anyone and boy did they put a hurting on there. 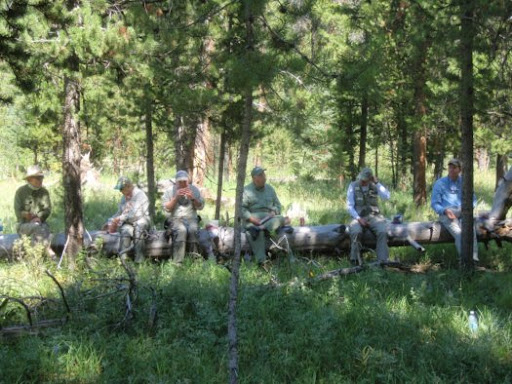 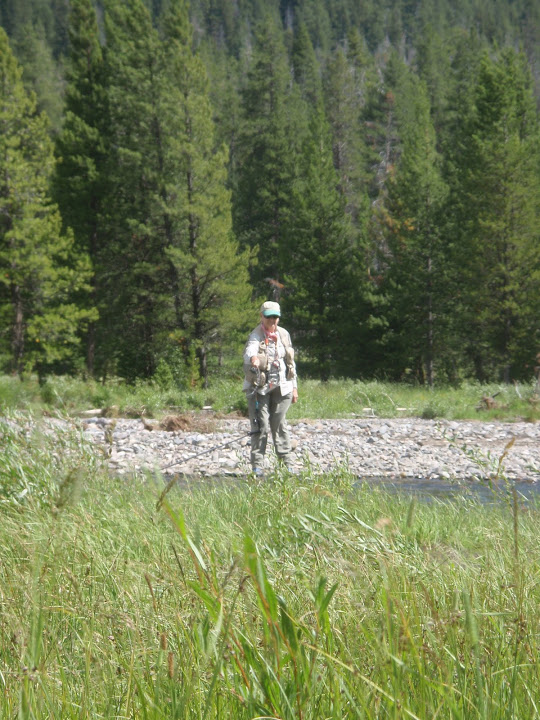 Yep Spiros, you know where. 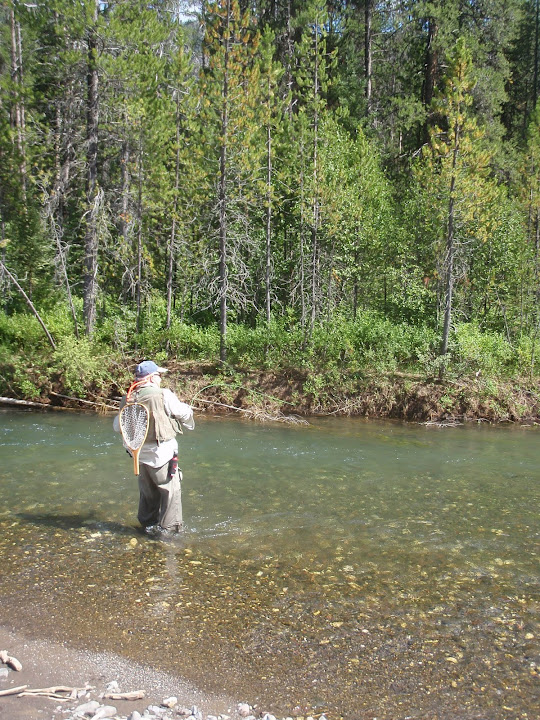 It was a beautiful afternoon in such a wonderful place. 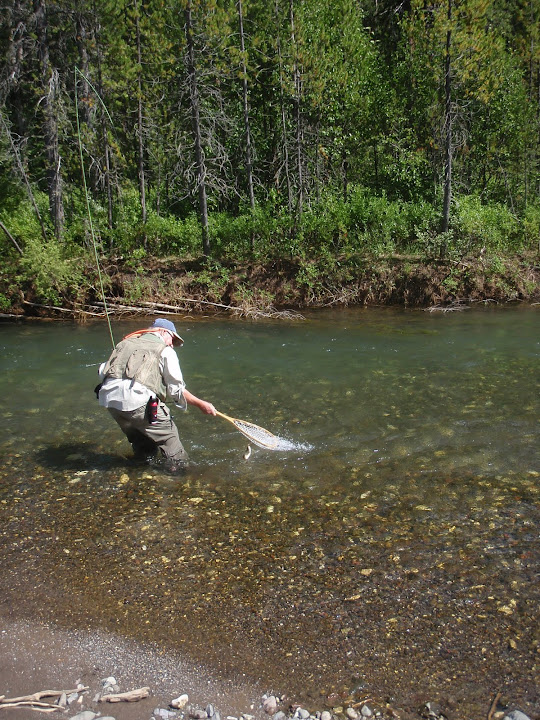 We headed back to the house for some Chicken Parmesan and Linguine. Everyone sat around and exchanged stories from the day and past trips.  The group is a great one with all different kinds of experiences. There is never a dull moment in the house. As everyone was settling in for the evening Herb returned from his personal expedition over to Idaho to fish the Henry’s Fork with stories of big fish rising to hopper’s.  He even had a story of the one that got a way. I Bet he will see that one in his dreams. Tomorrow we will be splitting up somewhat, with some going into second meadow of Slough, and others spending some time on the Gardiner in various places. I am sure there are going to be some sore lips handed out tomorrow.