So today we decided to hit several stretches of the Soda Butte River since we had heard how much it had been rearranged during spring run off, and boy were they not kidding. 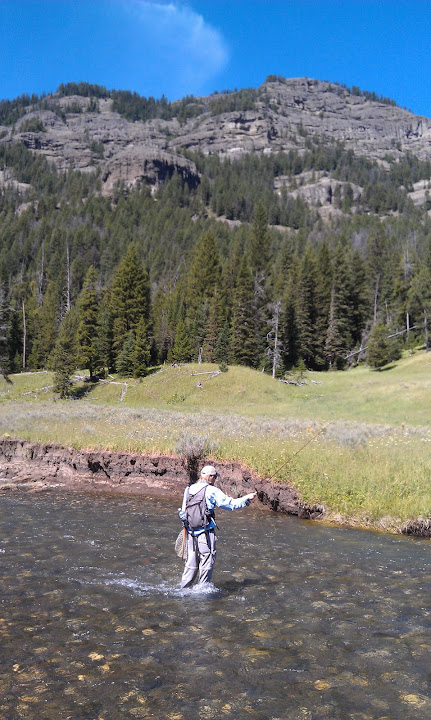 We started off higher up on the river wanting to fish a stretch we had never cast to. 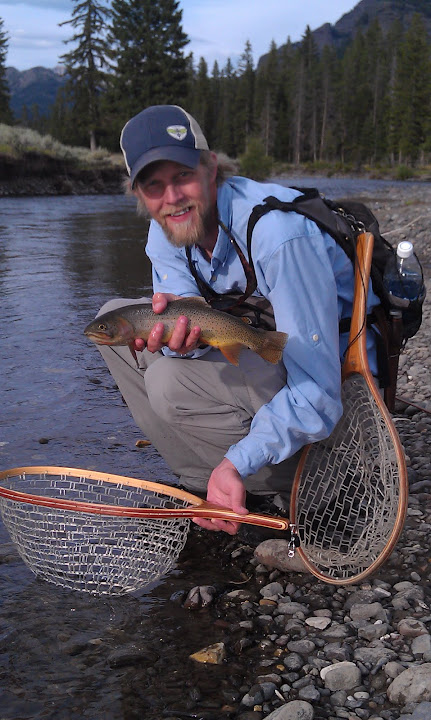 When we arrived the water looked gorgeous and very fishy. We got geared up and headed out to see what kind of damage we could do. 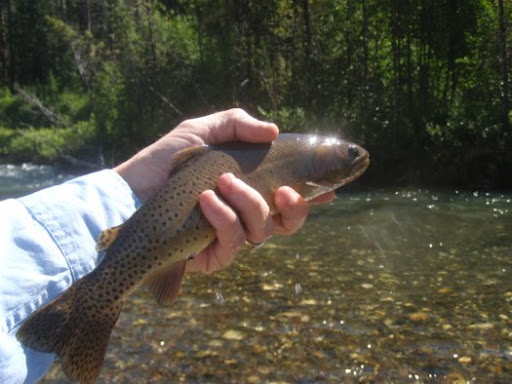 This stretch of the Soda Butte is very similar to the rest of the river with the exception of having a few more trees lining the river bank. The biggest difference was one that we couldn’t see. 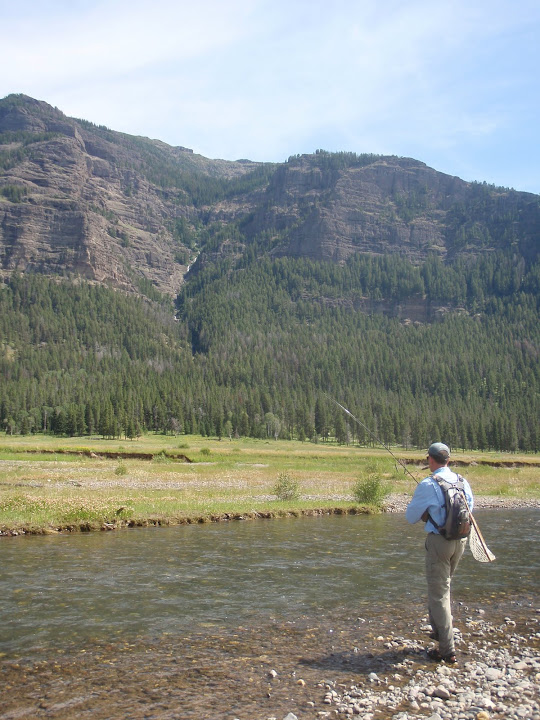 As soon as we stepped in the water we noticed it was tremendously colder than stream x. Any sustained wet wading and you your legs will start to go numb. 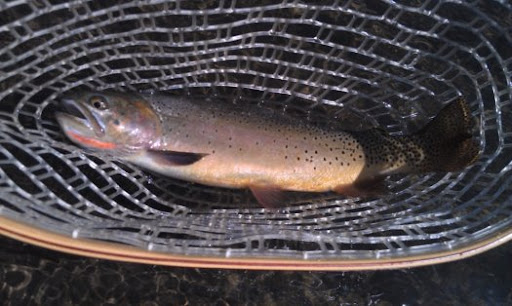 We fished hard for about an hour and had minimal success. 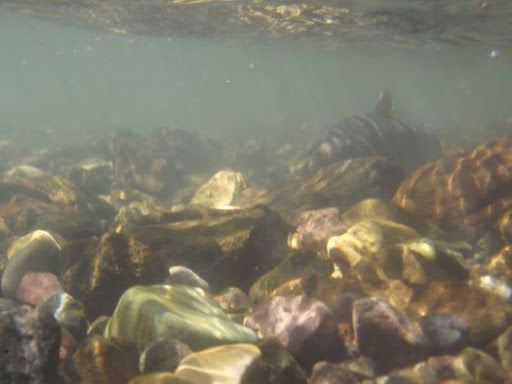 We decided to head down river to see if the temp would increase along with the activity. 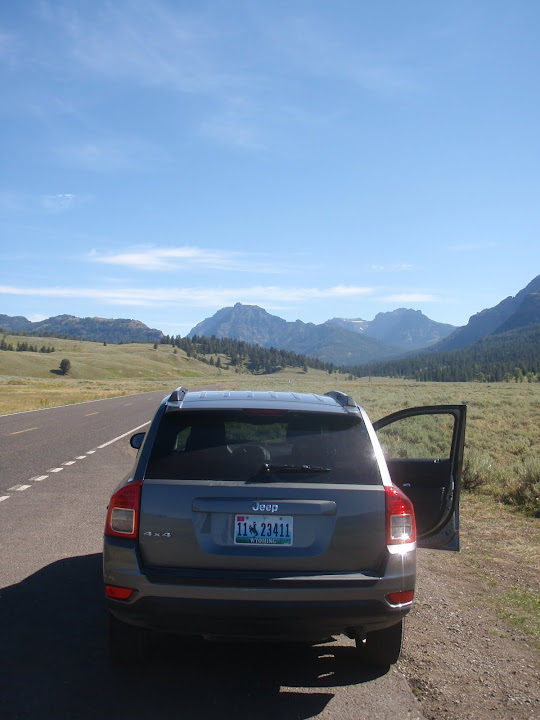 After moving we definitely found the temperature increase but the fish were still somewhat lethargic. 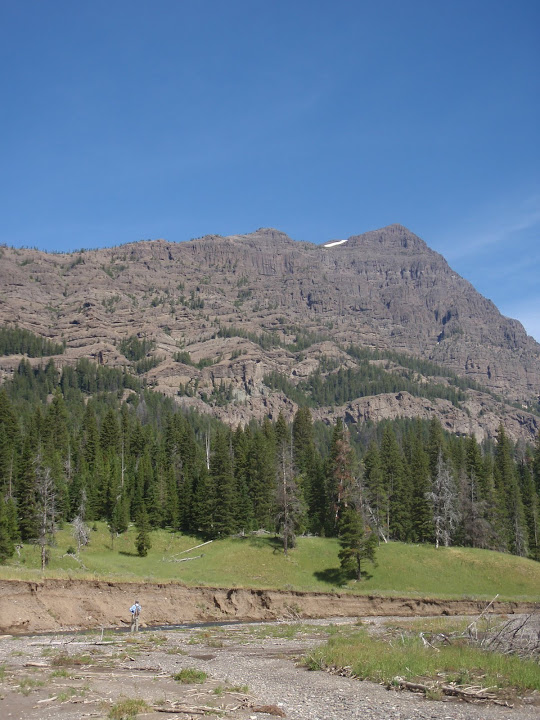 Several fish were caught and all were of nice size. 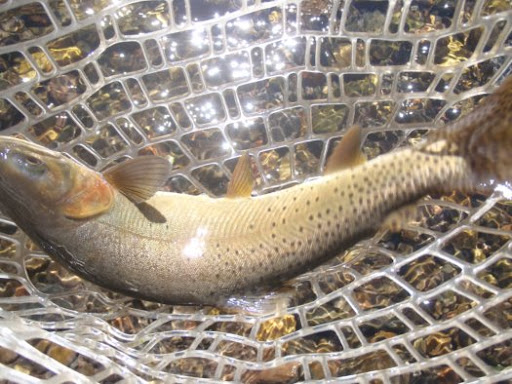 This was not a day of numerous opportunities from fish. 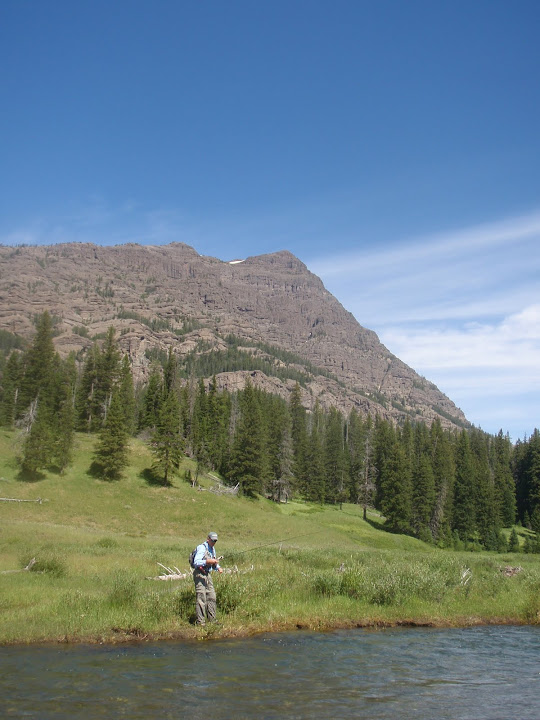 You had to make the most of what they gave you. 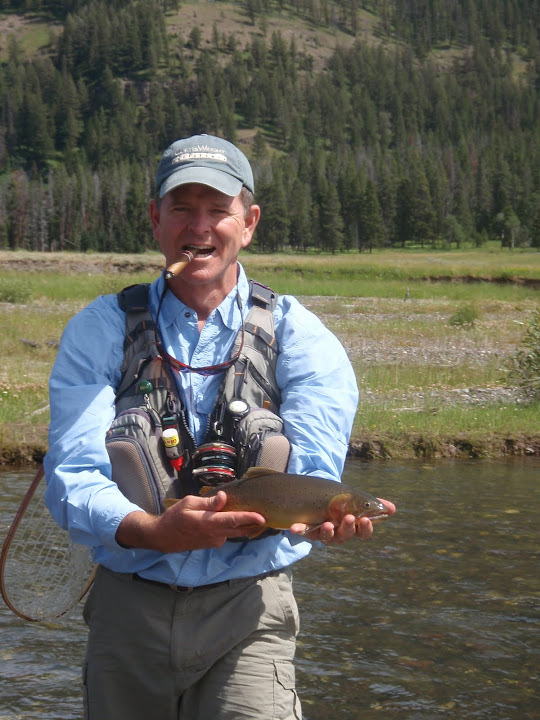 We made one more jump as the afternoon turned into evening and we were rewarded with the most consistent fishing of the day, especially for Jeff. 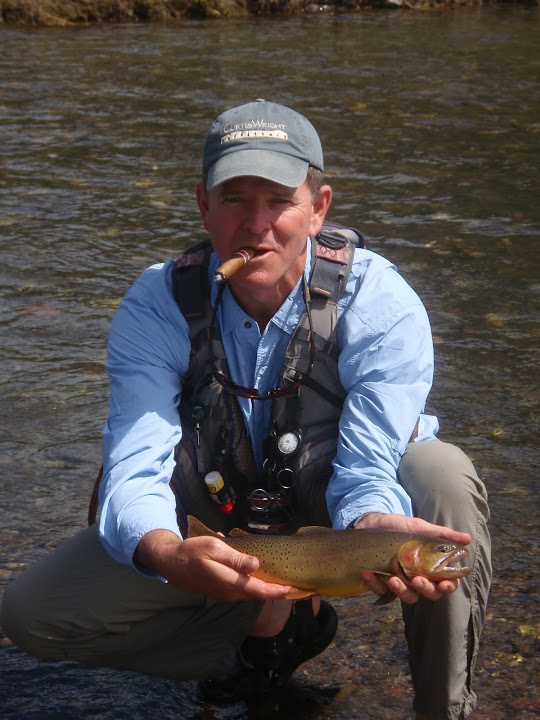 He caught several really nice fish at our last stop. 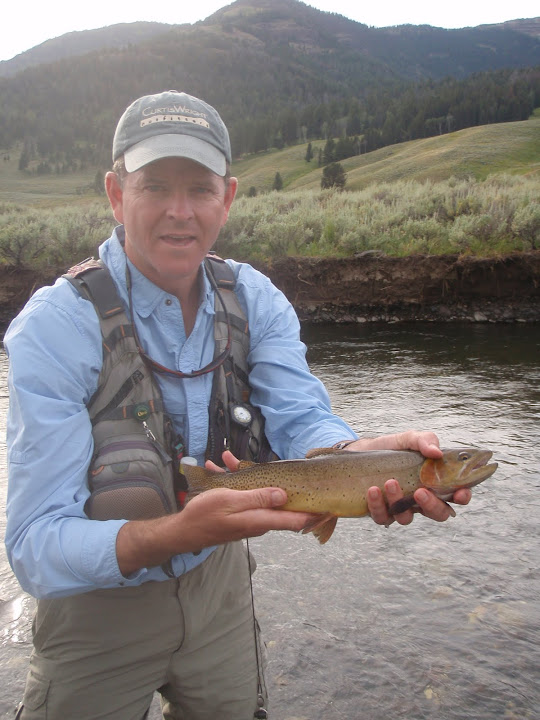 The last run we fished gave up 3 nice Yellowstone Cutthroat in the 16-18″ range. 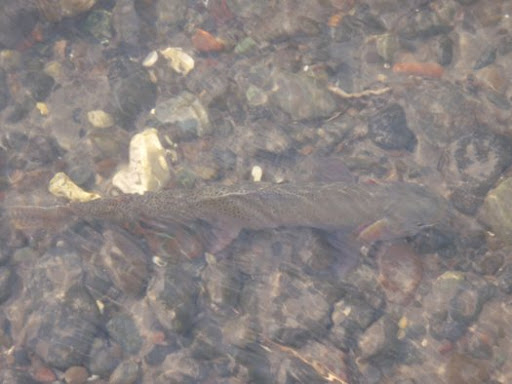 After the day was done, we filled our bellies and started thinking about tomorrow’s float trip on the Yellowstone with Walter Weise of Park’s Fly Shop.  Check back tomorrow to see how we fared.  Oh and by the way, Jeff and I did not plan on coordinating our outfits.  It happens at least once a trip, and several people in Gardiner found it rather amusing.