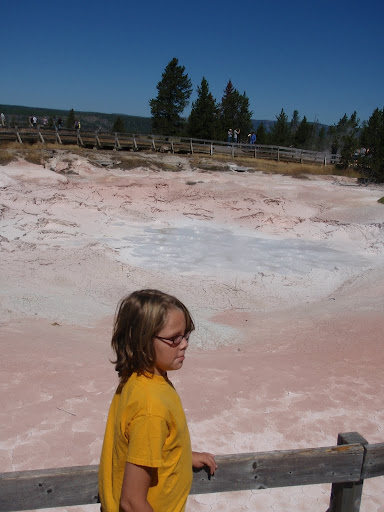 Day 3 arrives and brings the first 2 of our guests, Spiros and Aaron. After a quick meet and greet we decide to head out on our separate ways. Jeff, Spiros, and Aaron had fishing on the brain and set out to hit a couple different bodies of water. My dad (LaBaron), my son (Bayden), and I set off to do a little sight seeing. We decided to head out to see some of the more exotic sights in Yellowstone. 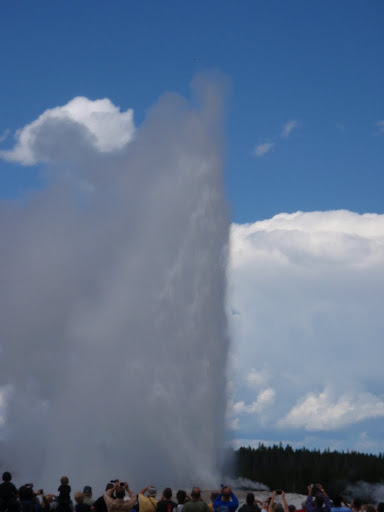 Old Faithful was number one on the list. During the trip we stopped by to see several of the other geysers, hot springs, and mud pots. While at Old Faithful we made an appearance on the Old Faithful web cam for the family back home. 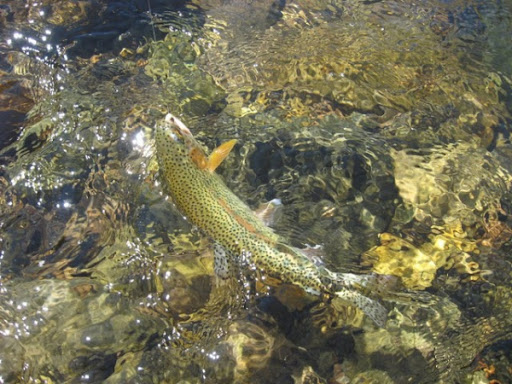 While we were out taking in the sites, the other guys were out piercing lips.  (photo below of Spiros navigating the Gardiner) 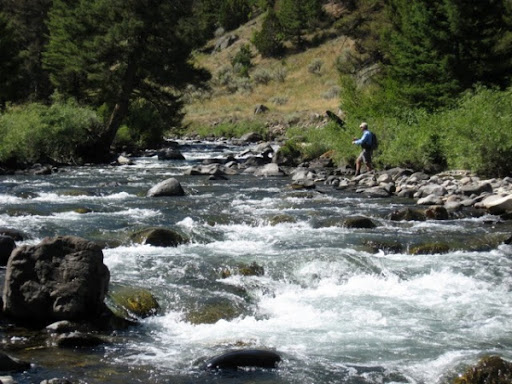 They stared on the Gardiner and after educating several fish, they decided to move over to Lava Creek to try their hands at some brookies. 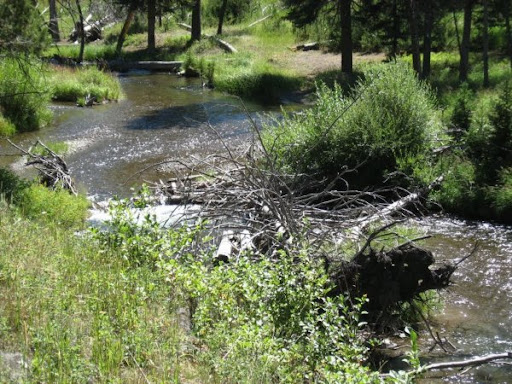 They were greeted by large groups of picnickers but the fish did not seem to mind. 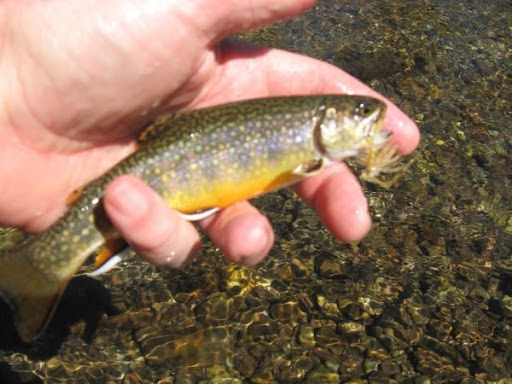 Here’s a picture of Aaron on Lava Creek 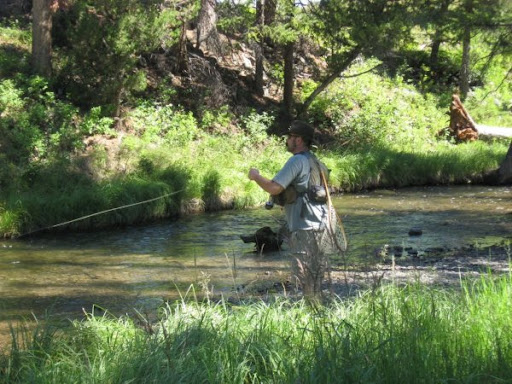 After getting their fill on smaller to medium fish and filling their bellies, they decided it was time for a little Soda Butte action and a chance at some larger Yellowstone Cutthroats. 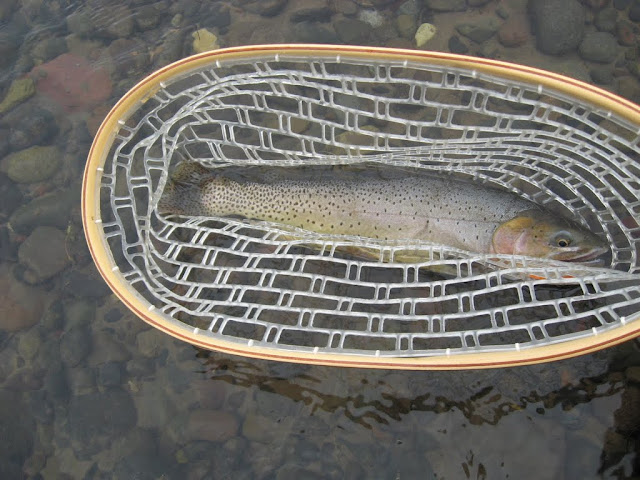 Spiros is fishing the Butte below. 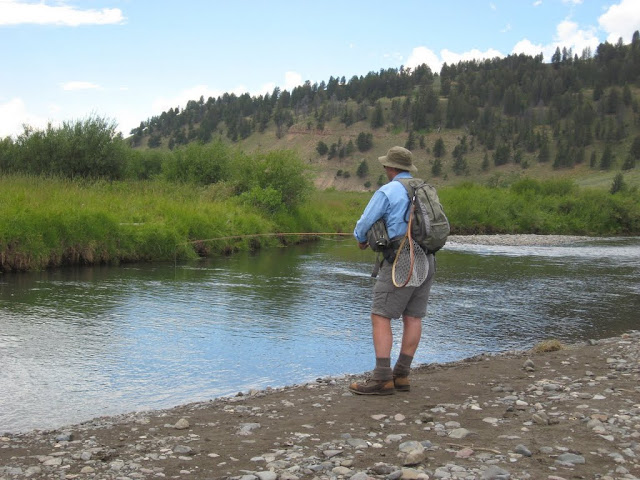 The fish were eagerly awaiting their arrival. Fish were feeding regularly and several were brought to hand. 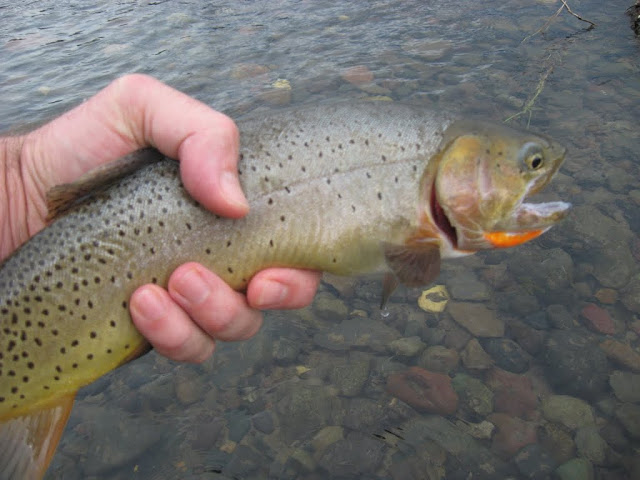 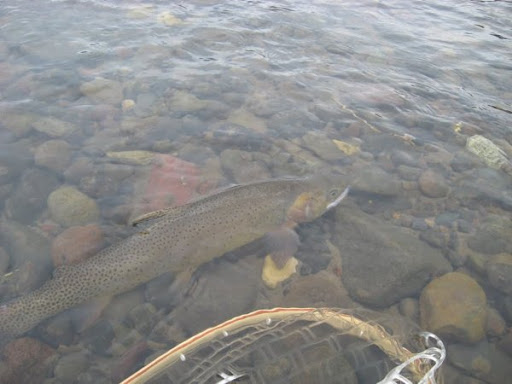 After finishing our sight seeing, the other two Garris’ decided they wanted to relax around the hotel.  I on the other hand, needed to get a line wet. So down to Yankee Jim Canyon I went. That is a section of the Yellowstone that lies outside of the Park. It consists of steep rock on both side of the river with a ton of water flowing down in between. The Yellowstone can be overwhelming, but the side channels are the key. 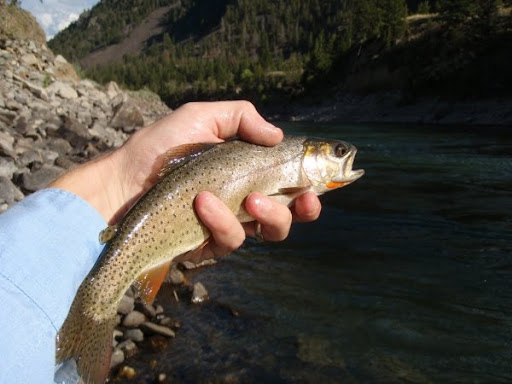 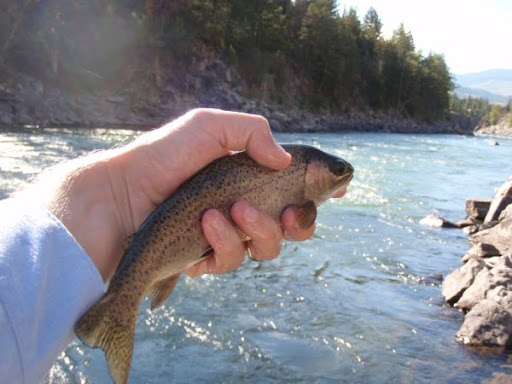 Whitefish, Rainbows, Cutbows, and Cutthroats were all ready to play. Most of the fish were were more than excited to play with my size 8 Yellow Stimi, but a few also fell prey to the all mighty Purple Prince. 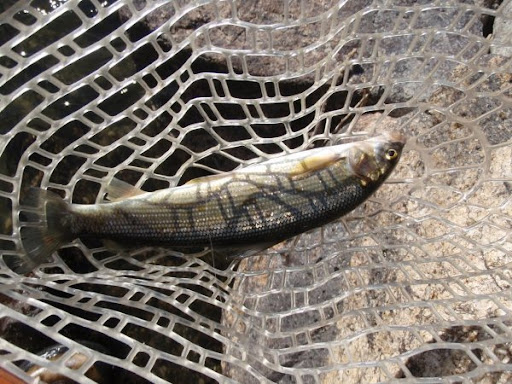 After a quick fishing fix it was time to head back to Gardiner for some dinner and then a good nights rest. Tomorrow involves a trip to Bozeman to stock up, and then the rest of our guests arrive. I am sure we will sneak some fishing in as well. Check us out tomorrow for some more from Yellowstone country!