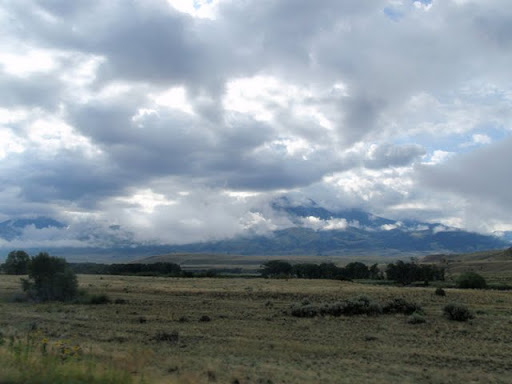 Day 6 in Yellowstone was scheduled to be an errand day. We had to go to the grocery store in Bozeman, Montana to buy all our supplies for the upcoming week. What that means to us, the two trout bums, is no more PB&J’s and Pizza and on to some real food. If we can find time to eat. We had to buy enough supplies to feed 6 men for a week. When checking out we were asked if we had two cars. Although this little side trip was about an hour and half to and from, it allowed us to drive through the Paradise Valley again. 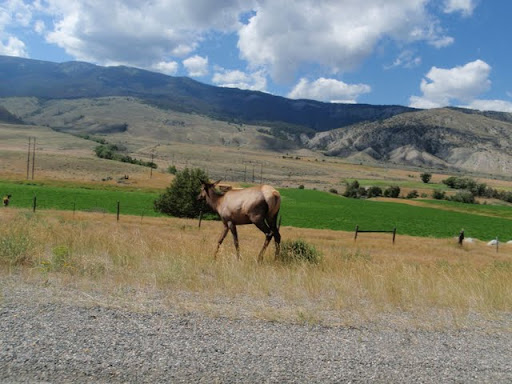 The views were stunning. Clouds clinging to the tops of the mountains, Elk feeding on the sides of the roads. 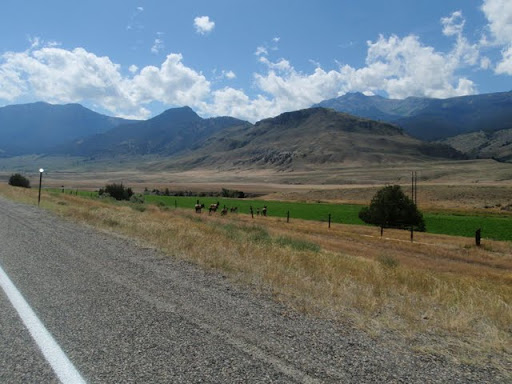 It was absolutely gorgeous! After the quick jaunt through Montana we headed back to our Lodge to find a stunningly beautiful rustic, yet, modern log cabin. 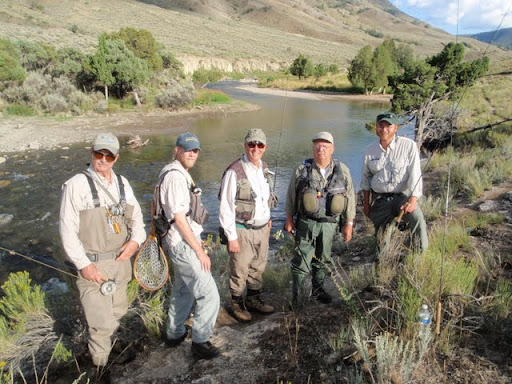 Shortly after arriving we were greeted by two of the four from our group. We got every ones stuff unloaded and helped another lady load hers. Don’t even ask. It involves a bed and a very heavy wooden desk. 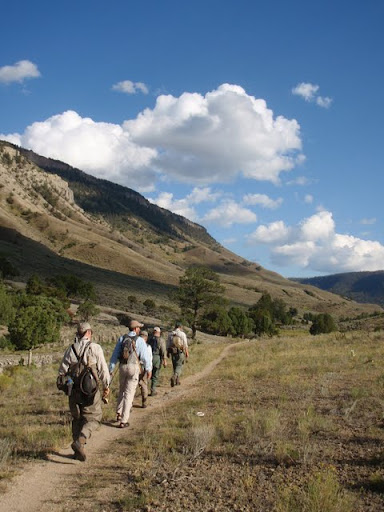 Just then we received a call from the other two in our party saying they would be arriving shortly. Like I said previously this was suppose to be a errand day, but with everyone arriving by 4pm that meant only one thing. That is right. Time to fish! We made a quick trip to Parks Fly Shop so every body could get legal (license), and off we went. 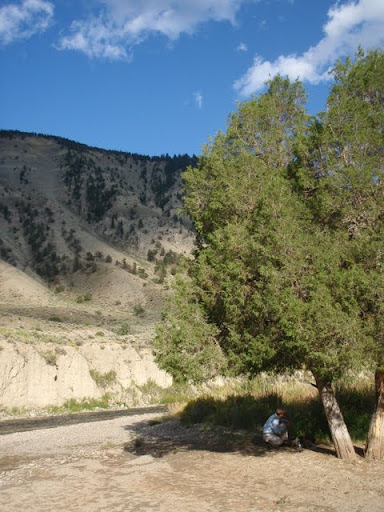 We headed to the closest water which is the lower Gardiner. A short 1/4 mile hike (sorry Dick, Spencer, and Charlie) and we were watching fish rise. Time to make some casts. 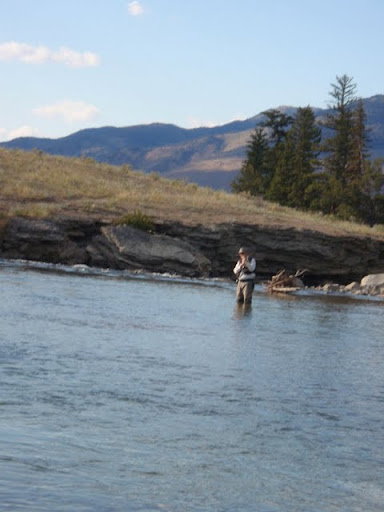 Shortly after unhooking his fly Spencer laid into a nice 12″ feisty cutbow that gave up a couple of cartwheels before he was brought to net. 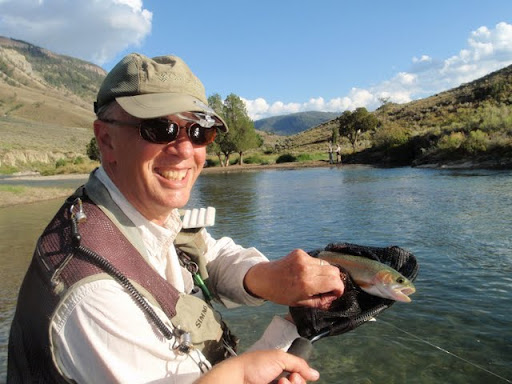 Dick then climbed into his selected run and began casting. 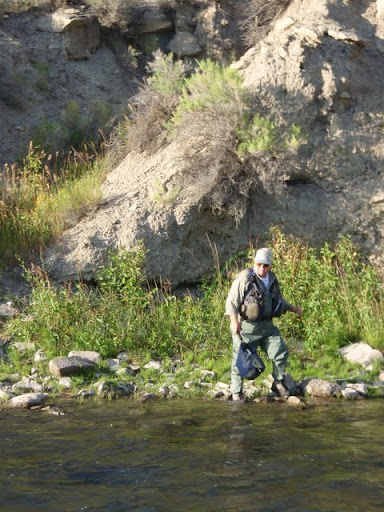 After working over some water he got into a 10″ Rainbow in a faster current, and landed them like a real pro. Charlie, was intently working a riffle when, bam, the fight was on. 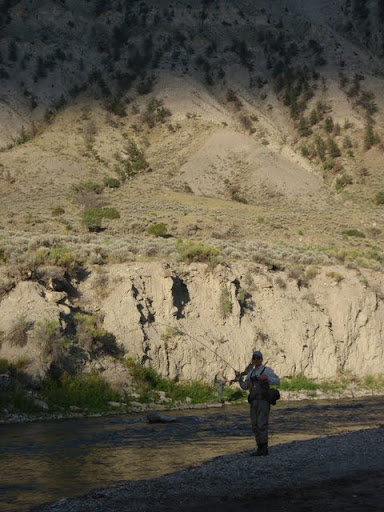 Several more fish were caught through out the evening and many more were missed. 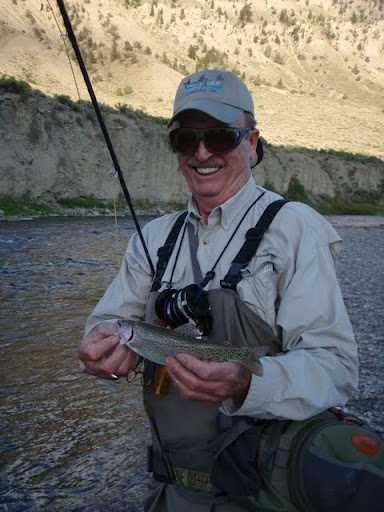 Some flies got the full inspection from the more educated fish in the river, but were found unworthy. 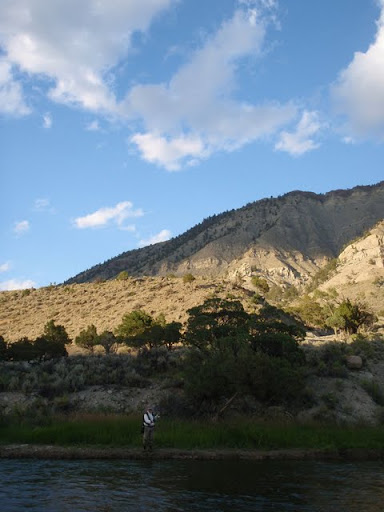 All in all, for about 2 hrs worth of fishing and about 13 fish landed, it was a great first evening for our friends in Yellowstone! 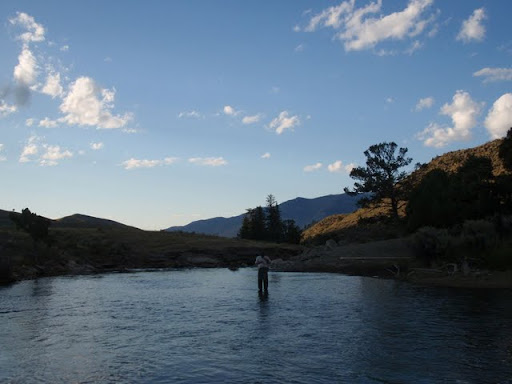 Tommorrow is Pebble Creek and a trip to Soda Butte. Watch out cutties here we come!!!  If you would like to travel to and Fly Fish in Yellowstone National Park, contact the boys at Curtis Wright Outfitters…you’ll be glad you did!