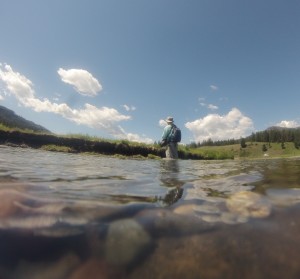 So there was no trouble getting folks up and going this morning with the anticipation of our first official day on the water, and my first cast in Yellowstone this year all together. The smell of biscuits and gravy didn’t hurt either. Today we had decided to go up to Soda Butte area as a group and when we got there we were greeted by heavily stained water coming down from a storm that must have happened in the North East corner of the park. It was not what we were looking for but we weren’t afraid to give it a go. Fishing was slow to say the least but a couple of people did have some action. Mark, Linda, and Lee all hooked up but were unable to get them in a net. 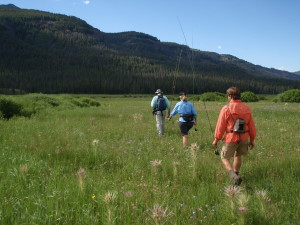 We all decided to regroup for lunch and to reconfigure our game plan. We all decided to test out different water. Mark and Linda stayed and fished Pebble creek which was crystal clear and spent sometime at the end of the day on the Gardiner..Steve, David, and Lee went to the Lamar and ended on the Gardiner. The Lanes’ went to Tower Creek, and my dad and myself went to The Gardiner. Dick who had started on Soda Butte moved over to the lower meadows of Slough Creek

The Lane’s made quick work of the fish in tower with fish rising steadily to a dry fly. Lee had some luck on the Lamar with a golden Stonefly nymph. 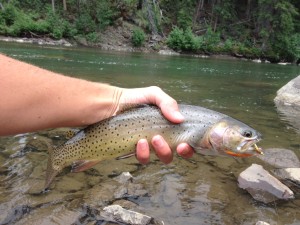 Mark and Linda pierced several lips on Pebble and proceeded to catch some nice fish on the Gardiner as well. 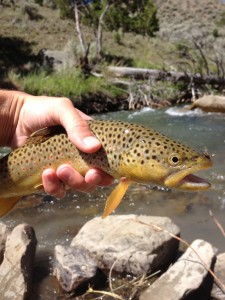 My dad and I decided to swing by the Gardiner to make a few more cast before heading back to the house and that is where I was totally caught off guard by this rascal. Well maybe not totally. 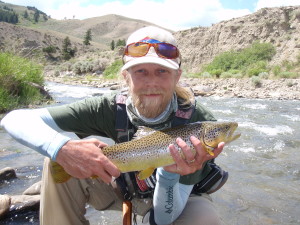 What were that all eating? 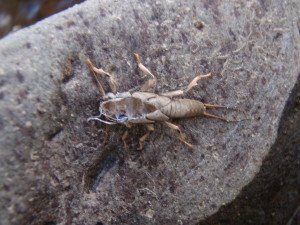 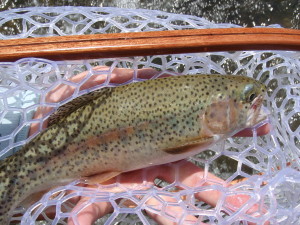 Check back with us tomorrow to see how the first 3 float trips go and to keep track of the rest of the groups adventures!