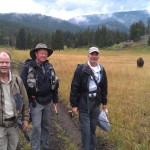 Things can change fast out west and we found out first hand today. We woke up to cooler temperatures, low 50’s. After eating breakfast gearing up and heading out to fish. It cooled off even more.  Our first cast were made with temps at 47. That being said, everybody was ready for a great day! 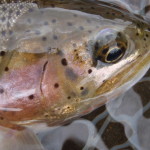 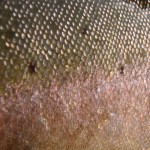 Once again we had a few groups on guide trips With Park’s Fly Shop. Two on wade trips and one on a float. Bill and Tom were floating again but on a different section of river. They came back with reports of decent numbers of fish but also that the whitefish had made an all out assault on surface which is fairly unusual. Once again though they unfortunately did encounter some more rain, as did everyone else. 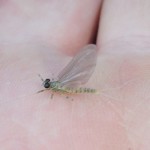 Robert and John were on a wade trip and went to several spots on Soda Butte. Fish were caught but it was much slower and more crowded than expected. Just about every trick in the book was thrown at the fish but the golden ticket was never found. A hatch can be a quick fix for cooler temperatures, but it never came. John and Brad went to the upper Gardiner and handed out a bucket full of sore lips to the brookies that call that water home. After losing count of fish caught, they moved a good bit down river to the middle Gardiner to case some more sizable fish and were obliged. Even given a chance at a LARGE brown. 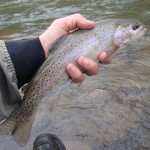 Chris and Clive started out on the lower Gardiner and found a bit success but then decided to head over to Tower Creek to try out the pocket water and meadow section and were welcomed by several nice fish and some spectacular scenery too. 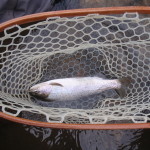 Jeff, Nick, Parker, and Jim made the long hike to the 2nd meadow of Slough Creek. They dealt with a bit of rain and the cooler temperatures as well but they were greatly rewarded. 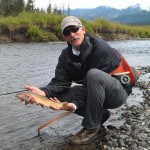 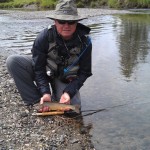 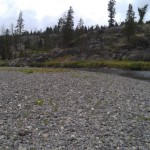 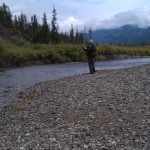 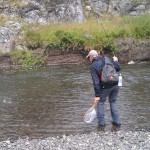 Spencer and myself started in the canyon section of Slough and were able to catch several fish. Elk Hair Caddis and split case emerges. After lunch we moved to the Lamar and got into several really nice fish. One with his stomach so full you could see the bulge from it’s recent feasts. All fish in this section were caught subsurface on extremely deep rigs. 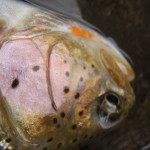 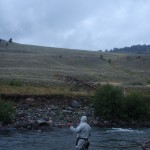 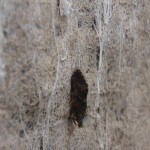 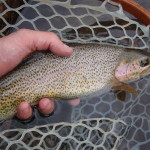 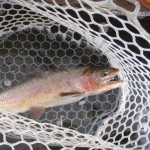 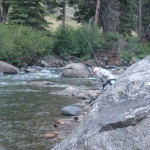 Part of our group will be getting in some sight seeing tomorrow while the others will be on guide trips. Check in to see how the weather and fish treat us!