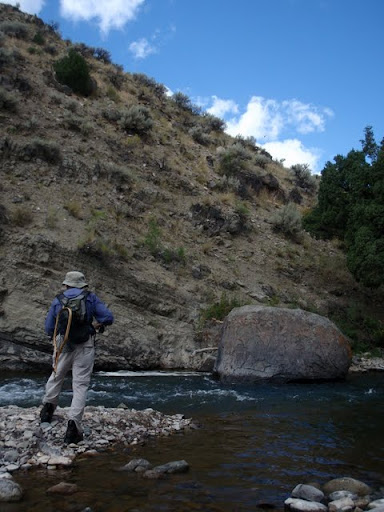 After a highly enjoyable week, most of our first group was heading to the airport today to catch a flight to their respective homes. 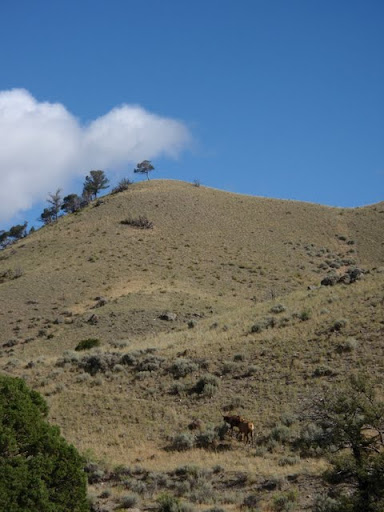 John and Kevin decided to stay an extra day, so we opted to give the Gardner another try. 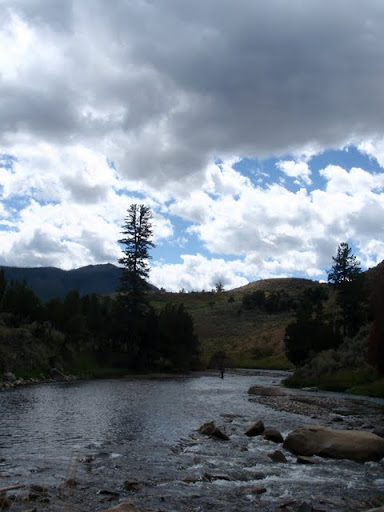 When we left the cabin it was a beautiful day with the sun shining. 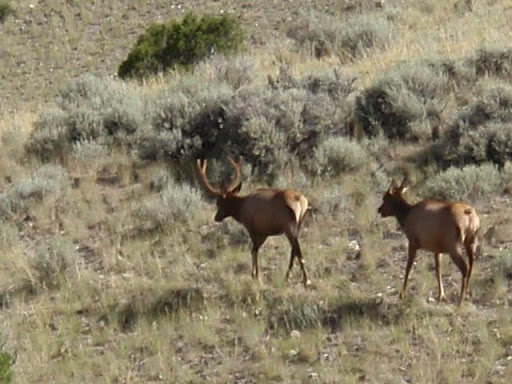 When we arrived at the river the clouds came in and a light drizzle began to fall. 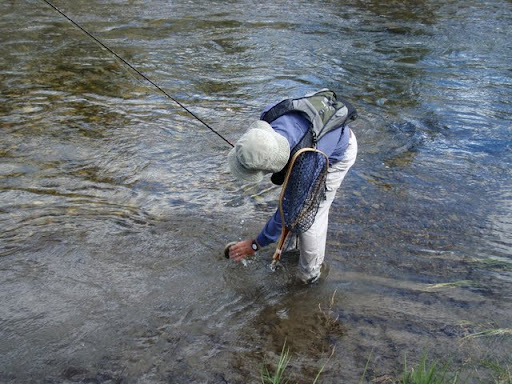 We got right to it! 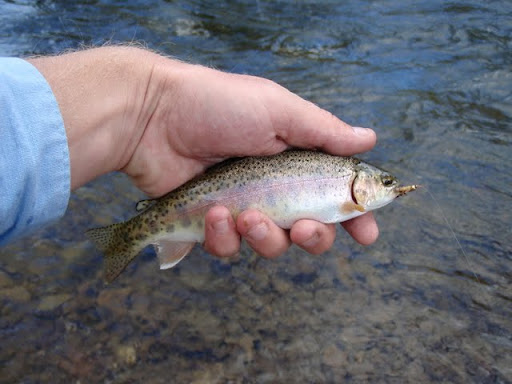 The temp dropped 15-20 degrees and the fishing was tough. 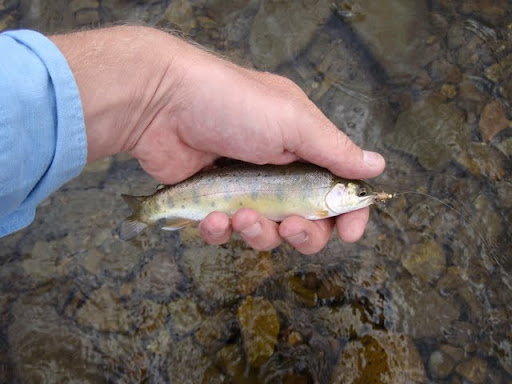 We had to work hard for the fish that we caught. 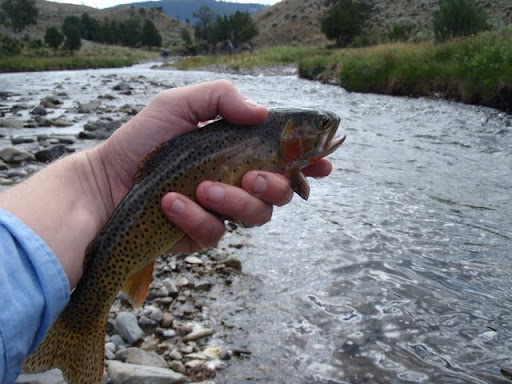 About two hours into the day the sun came out and fishing improved. 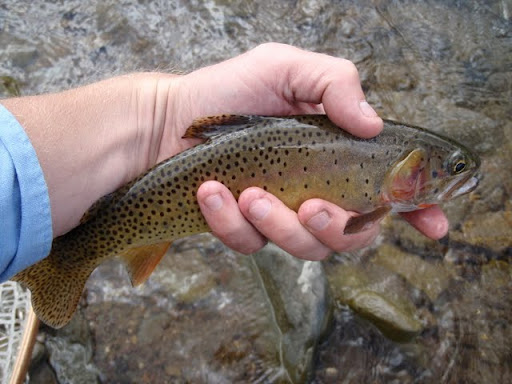 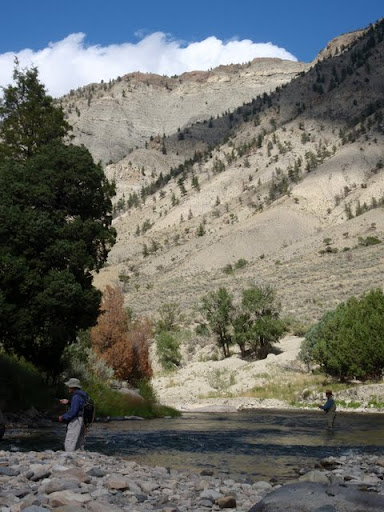 …while a few others did a long distance hand shake and said farewell. 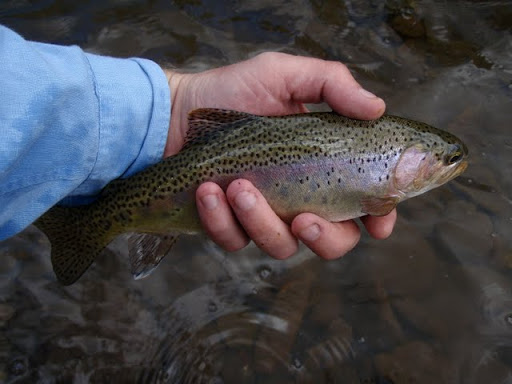 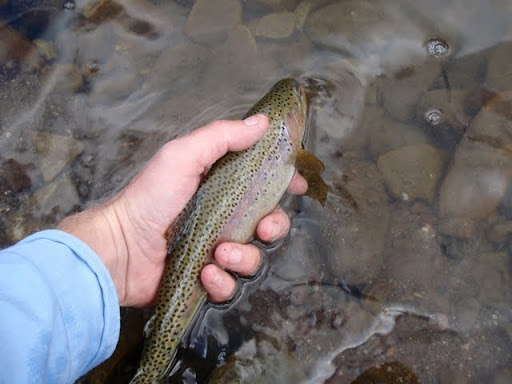 Only two fish went for the hoppers. 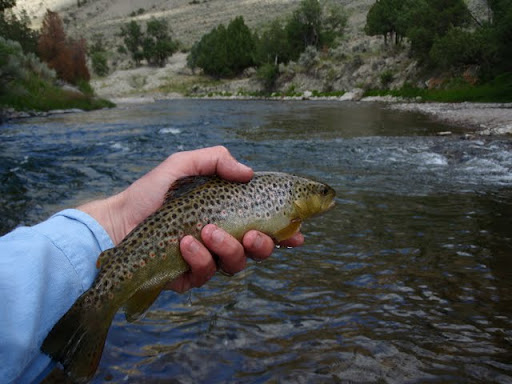 When all was said and done, we had a very good day. 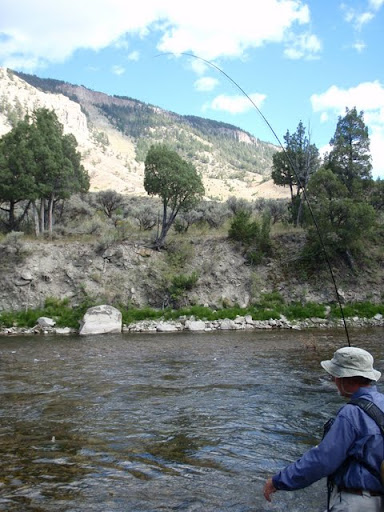 When we returned to the cabin we discovered that Steve’s plane had mechanical issues so he decided to rebook and stay a couple of extra days. Brett, who was part of the new crew arriving had also just arrived and was also waiting at the cabin when we got there.  The rest of the crew will be in around 3:00 tomorrow and week 2 will officially begin. Stay tuned to see what kind of adventures these guys can get into. Tight lines! 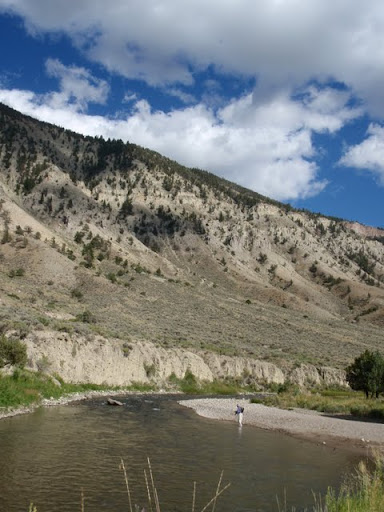