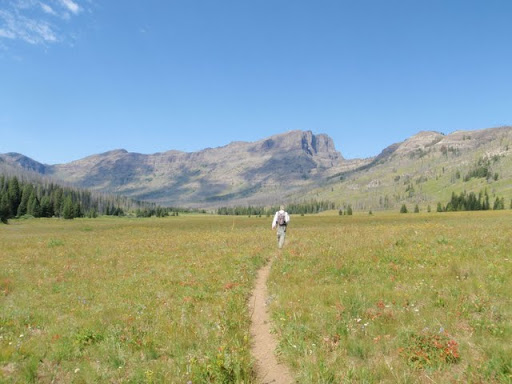 So the expedition today, yes expedition, started with a trip all the way across the North of the Park to check out some promising new meadow water. We had read about the upper meadows of Pebble Creek and thought the idea of seldom cast at Cutthroats up to 16″, was very inviting. 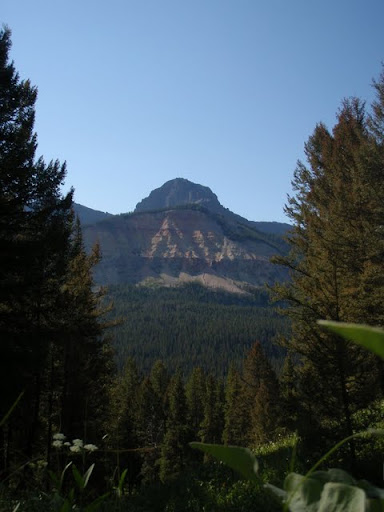 There was one catch. The hike in was about 2.2 miles and in the process you gain 1000′ in altitude and then drop 250′. To most this would be a deal breaker. But not us, we were up for the challenge, we thought.  The hike began uphill immediately, and did not let up. The views along the trail were amazing and the trail itself was some what treacherous. 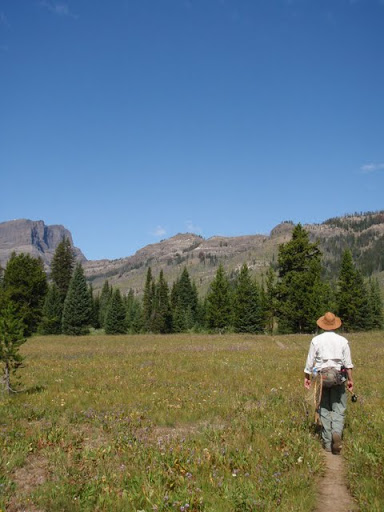 We kept pressing on with numerous re- encouragement sessions (air gasping breaks). The trail never seemed to let up until finally we saw light over the ridge. As soon as we topped out the descent began. Although the downhill was much appreciated, we could not help but think about the trip back out. The trail eventually opened up into a beautiful wildflower filled meadow. 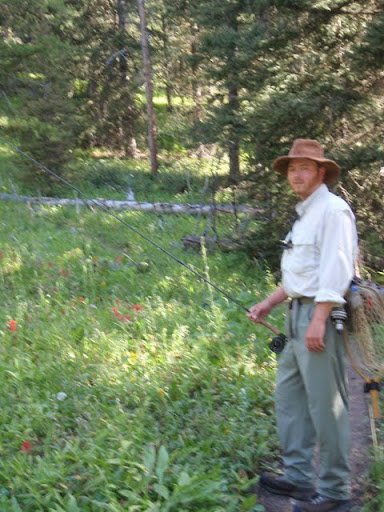 align: center;”>The wildflowers are normally done blooming by this time of year, at least at normal altitudes. Shortly after stepping into the meadow we could hear water running, which really got our heart beating. Finally we had reached our destination, but no. 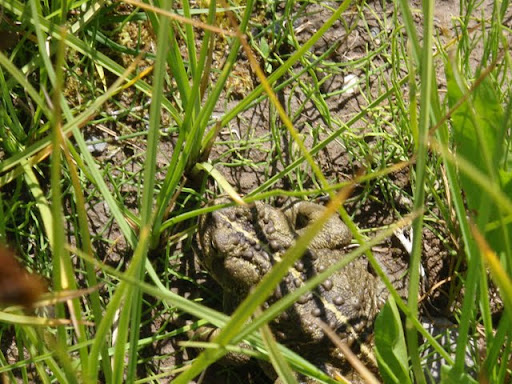 The stream was just a trickle and although enough water to hold trout definitely not enough to hold our sought after 16″ cutthroats. So, we started hiking some more. Probably another mile to where we could see another couple of streams join the flow. Now there was enough water BUT, two fisherman were fishing it. So off we went hiking some more. 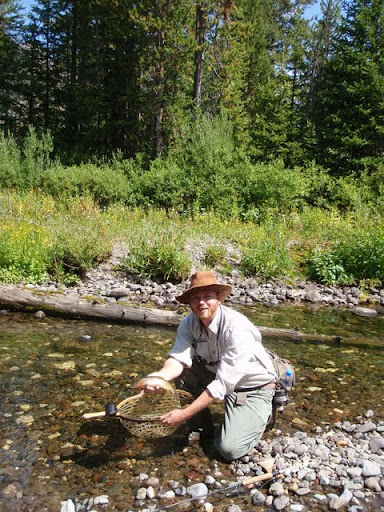 Finally, after getting away from the other fisherman we got our feet wet. We worked into some nice runs and Nate got into a beautiful feisty cutthroat of about 14″. 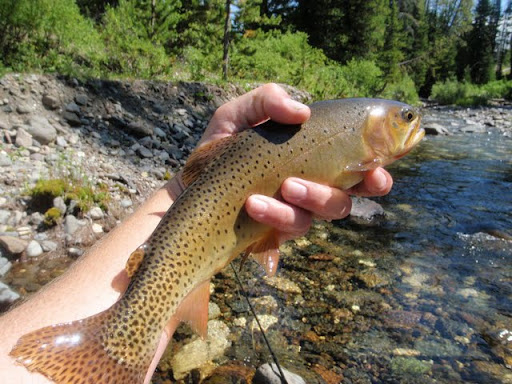 And after their dance the fish decided to hang around for an under water photo op. 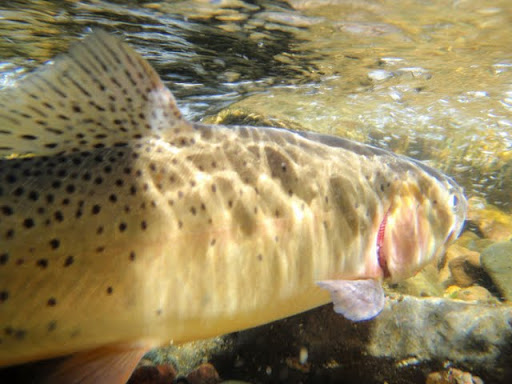 We worked up several more runs and caught some more nice fish. Possibly one more of that size. 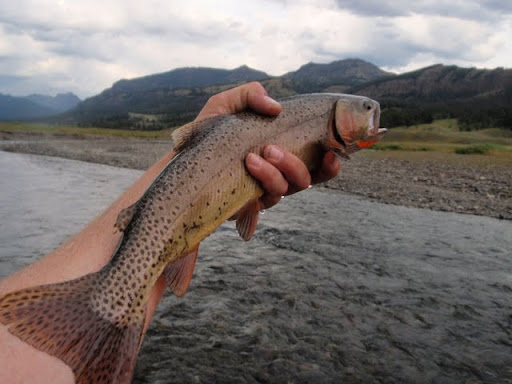 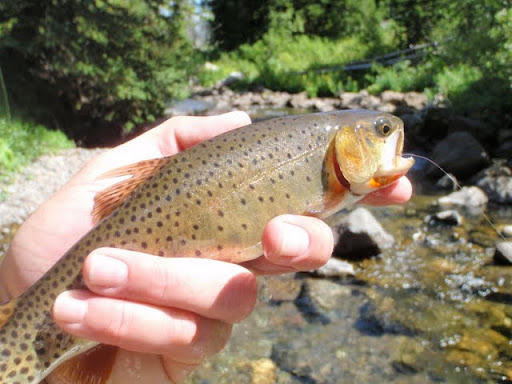 Then the fishing went cold!

We had an idea why but no proof until we heard voices. We were fishing immediately behind someone.  At the same time as this realization a clap of thunder boomed and we knew it was time to make that death march.  We complained the whole way out while trying to move as fast as we can.  Being in the middle of a meadow during a thunder storm with a 8.5′ graphite rod is not the best idea. We eventually were on the home stretch to the car, still complaining mind you, when we came across a couple of other hikers. They were at a large clearing on the trail with vast views we momentarily stopped to chat. The woman leading their charge on the summit was  a meager 79 years old. After our time with this couple, we shut up. All in all, Upper Pebble Creek was a beautiful place and I am glad I took pictures because we will not be making that expedition again. 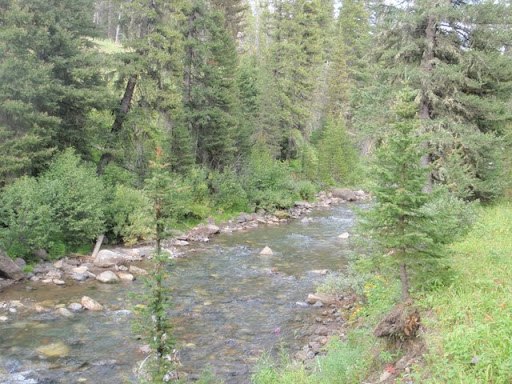 When we got to the car it was only 4pm. Perfect, enough time to grab some PB&J’s and hit some more water. Our legs were throbbing and feet were tired, so minimal walking was the only prerequisite. We decide to give old Soda Butte another chance and try a couple of stretches on it. 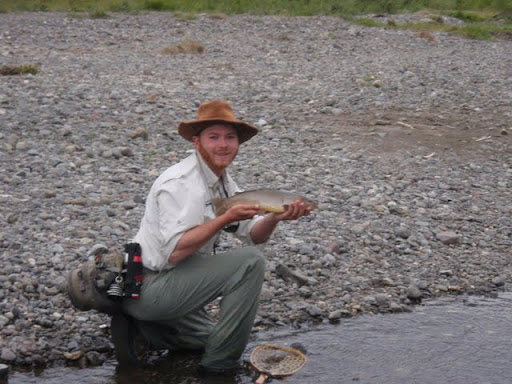 The first stretch was somewhat productive for Nate with him landing a couple. It however was not not what we were looking for. So down river we went. 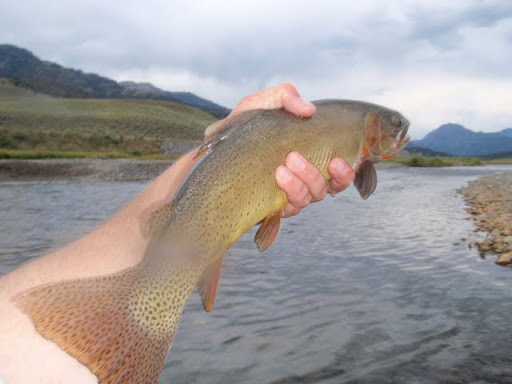 We jumped in one of our favorite stretches of the river even though there were some 30-40mph winds blowing. One that had been generous to us in the past, both in numbers of fish and in size. 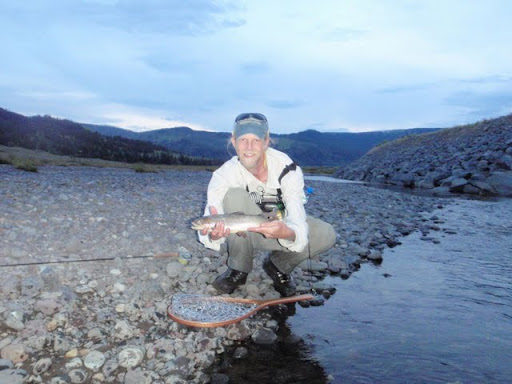 And it did not take long for the old girl to show us some love. Fish were cartwheeling over caddis dries and hoppers (Surprise). 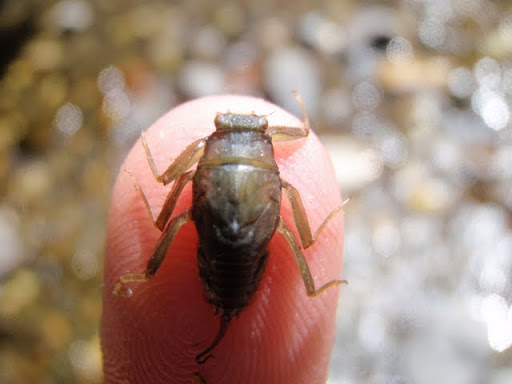 Beetles were on the menu as well. JG’s bean was the only nymph producing though nymphs were not used for long. We caught fish with regularity and every fish gave us all we wanted.

They all had full bellies, but were still feeding. Nate and I both landed several very nice fish into the 20’s. 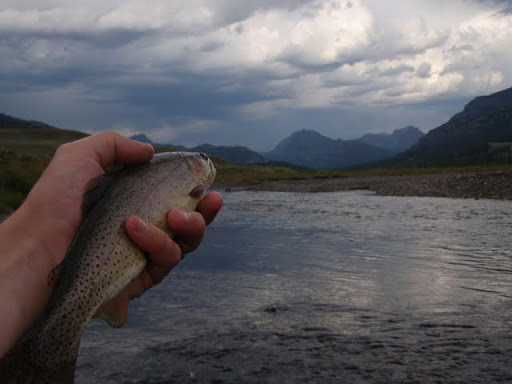 Moments before total darkness I cast my fly into one of our good friend’s most frustrating hole last summer. 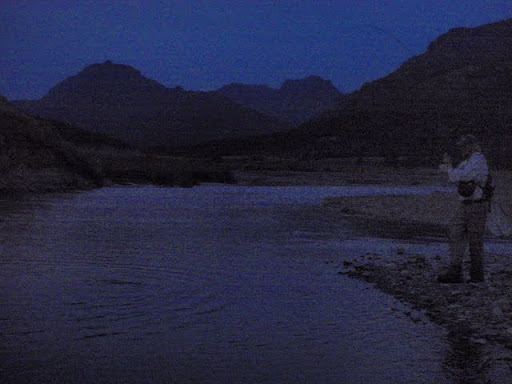 Seconds after the fly touched the water it sounded like a toilet bowl flushing and I set the hook and it was on. 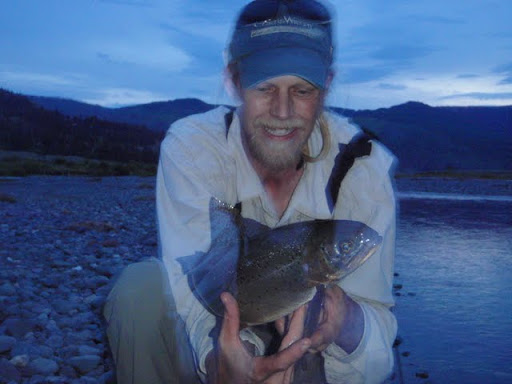 After about 5 minutes the battle had ended and I had in my hands a FAT Cut-bow (hybrid of Cutthroats and Rainbows) of at least 5lbs. 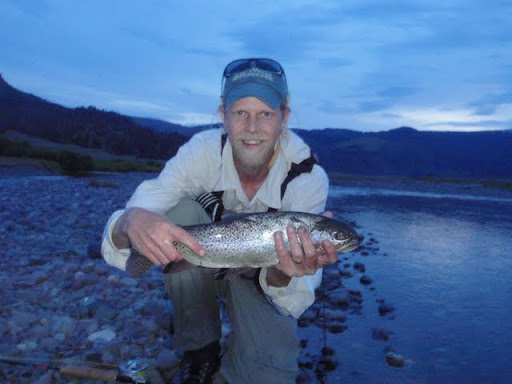 We posed for a couple of snap shots and then we sent that magnificent fish to go get bigger. Enjoy the floppy fish shot, they are some of my favorites. After a long hard day and getting into several very nice fish, I have to say I love my job! May everyone’s dry fly ride high!